“Their own project for their own people”: Community participation in the Village Health Worker Scheme in Gombe State, Nigeria

Over the last 10 years, there has been little change in the maternal mortality ratio in Nigeria, and it remains high at 814 per 100,000 live births in 2015[iii]. In largely rural Gombe State, contributing factors include limited uptake of and access to health services, which hamper universal coverage. Moreover, low adult literacy rates (63.9 in any language and 34.5 in English[iv]) restrict community participation for health, particularly among women.

To address this, the State Primary Health Care Development Agency set up a community health scheme of volunteer Village Health Workers who receive a small stipend (currently 6,000 Naira – around 16.5 USD – per month). The Village Health Workers provide a link between the community and the health system by promoting healthy behaviours and health care services for pregnant women, women during labour, and newborns and mothers in the postnatal period. Ideally, each Village Health Worker is responsible for around 500 people. The scheme started in late 2016 with funding from the Bill & Melinda Gates Foundation and initial implementation support from the Society for Family Health (SFH), a large Nigerian non-governmental organisation.

The Ward Development Committees (WDCs) – a group of influential men and women responsible for overseeing development at the sub-district level – coordinate the scheme in their community. WDCs work to encourage community involvement in health issues and create local accountability for health care services. Currently, the scheme is operational in 57 wards, half the wards in Gombe State, with the intention to scale it up to the rest of the state. Ultimately, the National State Primary Health Care Development Agency plans to implement it throughout Nigeria.

In Gombe State, there is a gradual handover of responsibilities for implementing the scheme from SFH to the State Government. The actions being taken are shown in the top part of the implementation timeline in figure 1.

Figure 1: Timeline for the implementation of the VHW study and data collection points for these studies

The bottom part of figure 1 outlines the timelines for the two evaluation studies. The quantitative study evaluates the responsiveness of the scheme to the needs of the community, by analysing quantitative data from annual household surveys, while the qualitative study seeks to understand the scalability and sustainability of the scheme through interviews and focus group discussions with key stakeholders.

Both these IDEAS’ studies take place over time between July 2017 and mid-2019, and IDEAS  reports interim findings to the stakeholders, creating opportunities for them to identify and plan course correction activities.

The qualitative interviews helped to tease out some of the reasons for this variation. There were three key findings. First, the importance of community engagement through the Ward Development Committees was underscored.

“The WDCs are the window to the community.”

“We have the responsibility of taking care of the scheme because it is meant to help us.”

The second key finding—from the first round of participant interviews—was challenges in recruiting enough qualified Village Health Workers for the scheme to ensure sufficient coverage to make a difference. Retention of Village Health Workers was also difficult, particularly in the early months of the scheme, with some women moving to live elsewhere, others to paid employment, and some returning to school. In the second round of interviews, we heard about what had been done to address these issues and make the scheme more sustainable. A new cadre of ‘Tier Two’ Village Health Workers had been recruited; table 1 shows the differences in the criteria between the two cadres, most notably literacy in Hausa rather than English, which has opened eligibility to more women in Gombe State. Incentives had also been reviewed to improve the retention of the Village Health Workers, with the provision of three months’ maternity leave and an increase in the stipend to 6,000 Naira from 4,000.

Thirdly, there were concerns among many stakeholders that while community commitment to the Village Health Workers helped make the scheme sustainable, it was not sufficient on its own, particularly given the intended scale up to the other 57 wards in the state. Political and financial commitment from the state government were also deemed important and that formal commitment needs to happen ahead of Nigerian elections in February 2019.

“We need to formalise [the scheme]. It is a mandate that the [State Primary Health Care Development] Agency must drive and ensure that there are enough resources to run this Village Health Worker Scheme.”

These findings give an interim snapshot of the Village Health Worker scheme and what is being done to address its initial limited impact on improving the uptake of antenatal care visits, a key issue for improving maternal and child health and reducing mortality. Collaboration with the community is at the heart of this scheme, through the Village Health Workers and the Ward Development Committees. Moreover, coverage of the services provided by the Village Health Workers is expected to improve with the changes in the selection criteria to include women literate in Hausa. The third challenge – the need for political and financial commitment to scale and sustain the scheme –  may prove harder to address. for, while there is current political will, much depends on the outcome of the Nigerian elections in 2019.

[i] Quote from a member of staff at SFH

[ii] This research was supported by IDEAS – Informed Decisions for Actions to improve maternal and newborn health (http://ideas.lshtm.ac.uk), which is funded through a grant from the Bill & Melinda Gates Foundation to the London School of Hygiene & Tropical Medicine. We acknowledge the support provided by the Gombe State Primary Health Care Development Agency during this research. 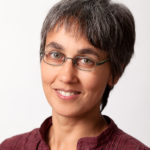 Six steps to prevent a development project ending in the graveyard

In reality however, in more cases than not, once donor funding dries up, the project comes to an end, thereby limiting the project’s longer term...

Ownership in Name, But not Necessarily in Action

Three different commentaries by Melisa Martinez-Alvarez; Osondu Ogbuoji and Gavin Yamey; as well as Elvira Beracochea on the IDEAS-led research on...

A qualitative study of context on scale-up of maternal and newborn health innovations in #Ethiopia #India & #Nigeria https://t.co/OEy3JIZYXL —...