As an output from our first data quality learning workshop in March 2017, LGA M&E officers and MNCH coordinators were excited about revitalizing the LGA data validation committee, a committee that had been established earlier but not meeting as regularly as they would like given limited resources.

The data validation committee is composed of 6-8 LGA staff members across health programs, including the LGA M&E officer and MNCH coordinator. The committee aims to meet once a month shortly after the close of a reporting period with health facility staff to review the reporting form submitted for that month and compare with the source documentation (the facility’s registers where services for individual clients are recorded). It can take the 6-8 person committee two full days to review the monthly reports of about 20 active primary health facilities. The monthly report is seven pages long and contains 233 lines where service delivery data must be reported.

In the LGA I visited, the weather was very warm and humid, and the committee had used their own funds to provide cold drinks and a donut for each visiting facility staff. The room had a large comfortable table for the committee members, but immediately felt cramped once the facilities filed in with at least 12 A4- and A3-sized service registers per facility.

These data validation exercises are laborious and require great attention to detail. It is easy to lose count in a fairly active and loud environment. For example, to recount the reported number of female newborns weighing less than 2500 grams at birth,, the MNCH coordinator must pay attention to multiple columns in a row to ensure that she is tallying the correct sex and age and ‘weight’ columns.

Most of the service data reported in the first two pages of the monthly reporting form were consistent, it wasn’t until page 3 of the report and almost one hour into the validation exercise, that the MNCH coordinator paused to have an extended conversation with the facility staff on the number of diarrhea cases in children less than 5 years given ‘ORS only’ versus those given ‘ORS + zinc supplementation’. Here, the numbers exactly matched, which seemed unlikely to the MNCH coordinator. She queried the facility in-charge, who explained that those in the ‘ORS only’ category were also noted in the ‘ORS + zinc supplementation’. The MNCH coordinator paused her review to explain the rationale and how to fill in the form as intended. The corrections to the forms were made on the spot, and the facility in-charge leaned over to her facility staff to review the discrepancy.

Four hours later the group had finished the registers for one facility and was making good progress reviewing another one. For me it was time to leave the validation committee to their work, exiting the room rather impressed by the endurance participants showed given the tiresome task, but convinced that the revitalization of the group was an important achievement. 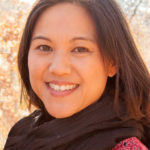 There is growing evidence from Nigeria and around the world that women who deliver their babies in health facilities can experience mistreatment....

Back in 2009, the Bill & Melinda Gates Foundation in Seattle developed a new strategy for the coming years, outlining how they might achieve...