What a compelling fact! We need facts like this. They help us to understand the health needs of a community and how we should be addressing them. But where do such facts come from, and how do we know if they reflect reality?

In June I joined the data collectors contracted by the IDEAS project’s Nigerian research partner, Data Research and Mapping Consult Ltd, in Gombe state as they carried out the IDEAS follow up survey to our 2012 baseline survey.

The realities of data collection made me realise there is still plenty of room for improvement so that the numbers truly reflect reality. Just as a few years ago it was common to pay people to take part in a survey or not ask for written constant, today we face new challenges from ghost households to bending the truth about money and possessions…

Politicians distributing money house-to-house to canvas for votes and malaria programmes giving out free insecticide treated bed nets have resulted in some Nigerians installing more than one door to their house. Two doors means being counted twice and therefore twice the amount of handouts! During the IDEAS survey household listing, each door was counted as a single, new household. It was only when interviewers finished with one household, left, and went through the second door that they discovered they were in the house they’d just left!

Most women being surveyed depend on their husbands for money, a situation described as “a tug of war” by one woman interviewed. So some women use opportunities, such as going to the health facility, to collect money from their husbands by inflating the amount required. For example, instead of asking for the 200 Naira (1 US$) they need, they will ask for 500-1000 Naira (2.5-5 US$).

During the IDEAS survey, some husbands refused to leave their wives alone with the interviewer, especially when the interviewer was a man. In this situation, when a male interviewer asked a woman how much she spent on her last health facility visit, the woman would often stutter or dodge the question. In one instance, the interviewer asked the husband for water for ablution (ceremonial washing) to prepare for afternoon prayer. As soon as the husband left the room the woman quickly told the interviewer how much she spent on her last health facility visit and then promptly chastised him for trying to break up her marriage! Missing or inaccurate data on health service costs to families may result in conclusions that don’t reflect reality. Having only female data collectors could help to solve this challenge because husbands would be more likely to leave their wives to answer questions alone, who in turn would be more likely to respond truthfully.

Some interviewees were not keen on disclosing how many assets they have (e.g. number of pigs, owning a radio). Some thought if their assets are recorded they will miss out on future handouts, and others felt uncomfortable bragging about their possessions. Without accurate data on assets we cannot assess whether how wealthy or poor a family is affects whether they get health services or not, i.e. how equitable the health services are.

Consider the people behind the numbers

Being aware of and considering issues such as these when planning surveys will help us to improve data collection in the future so that the numbers truly represent the people. 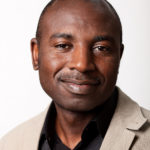 The endline data, to be collected in April and May 2015, will be compared with baseline data collected in 2012, and any changes in healthcare...

“I felt like I should have delivered at home”

The Northeast of Nigeria has some of the highest rates of maternal and newborn deaths in the world. Drastically reducing this number of...

This paper, authored by Keith Tomlin and others, looks at health facilities in three settings with high maternal mortality to assess their...