Are we using the right approach to change newborn care practices in the community?

Changing behaviors is usually a core component of the role of community health workers (CHWs), but little is known about the mechanisms through which they change behavior.

For this study, authored by Zelee Hill et al, researchers collected qualitative data from eight sites in Ethiopia and northern Nigeria where CHWs were active to understand how they change newborn care behaviors. In each country, researchers conducted 12 narrative interviews and 12–13 in-depth interviews with recent mothers and four focus group discussions each with mothers, fathers, grandmothers, and CHWs.

An analysis of the qualitative data revealed two key mechanisms of behavior change. The first was linked to the frequency and consistency of hearing messages that led to a perception that change had occurred in community-wide behaviors, collective beliefs, and social expectations. The second was linked to trust in the CHW, obligation, and hierarchy.

The study found marked differences between Ethiopia and Northern Nigeria, pointing to the importance of context in the design of counseling interventions within CHW programmes. In Ethiopia a large part of the community is exposed to consistent messages, which then proved to have an impact on behaviour change. In Nigeria, in contrast, the exposure to messages was limited and CHWs were less trusted, and behaviour change was reported less frequently.

In conclusion authors point out that they found little evidence that constructs that often inform the design of counseling approaches, such as knowledge of causality and perceived risks and benefits, were mechanisms of change. 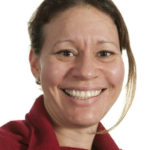 A team of about 20 researchers and professional support staff, employed by the London School of Hygiene & Tropical Medicine, set off to find out...

Putting maternal, newborn and child health on the agenda in Ethiopia

As part of the conference IDEAS team members presented key findings from the five-year evaluation of the Community Based Newborn Care (CBNC)...

Changes in maternal and newborn health care in Ethiopia

The aim of this study was to estimate changes in maternal and newborn health care in areas of Ethiopia where implementation projects funded by the Bill & Melinda Gates Foundation were operating.