How can we get life-saving interventions to women and babies? #HSR2016

This is one of the IDEAS research questions we are answering through household and health facility surveys.

We hope our results will help understand what drives the health behaviours of families and front-line workers and what kind of innovations work to improve future maternal and newborn health programmes.

Photography as a research tool?

On a field trip to Ethiopia, a photographer hired for the usual publicity materials quickly becomes part of the research methodology. How?

For one of their study components, the IDEAS team aimed to explore the barriers and enablers for the adaptation of certain health improving behaviours during pregnancy and first hours and days of the newborn’s life, and what role community health workers played in this.

Were these community health workers able to encourage mothers and their families to – for example – start breastfeeding immediately after giving birth, delaying the first bath of the baby and refraining from giving the baby water during the first 6 months of its life? If not, what were the main barriers?

IDEAS brought onboard Paolo Patruno, an award winning social-documentary photographer and videomaker based in various African countries over many years, to provide materials for the project’s publicity needs – like images for the IDEAS website, presentations, flyers and so on.

However, it quickly became apparent that Paolo’s work could be become a core project component in documenting specific behaviours that the IDEAS team wanted to discuss with the local population and record for the projects research.

For their research methodology, the team made use of several alternative and creative methods that were aimed to try and get the participants to talk openly and honestly about matters of maternal and newborn health services: direct questions about such a topic were often prone to “social desirability bias”, i.e. the mothers given the answer that they think is “right”.

One of these alternative methods was “the picture round” in which the participants were shown a picture of the – correct or “incorrect” – execution of one of the maternal behaviours that we were studying. They were then asked to tell the interviewer the first thing that came to their mind when seeing the picture.

In first instance the team used more generic pictures not specifically from the area where they were undertaking their research.

“We had tried out some of the picture rounds with pictures from several big multilateral organisations and most of the comments we received from the participants were “this baby is not from here, this mother has a strange necklace” etc. which was not very helpful in the research.”
Dr Pauline Scheelbeek, IDEAS Research Fellow

So, the team asked Paolo if he could capture some specific behavious in the local area, documenting local women’s experiences of giving birth. It was these pictures the team used to ask the questions in their research surveys.

With Paolo’s new local pictures, the discussion became – in most of the cases – much more focused on the behaviour itself, and proved a major help in understanding the drivers of local maternal and newborn behaviours.

This multimedia story was submitted to the Fourth Global Symposium on Health Systems Research (#HSR2016) as part of the call for multimedia. 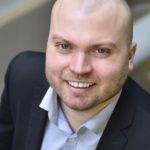 Countries are taking forward the Global Strategy for Women’s and Children’s Health by strengthening maternal and newborn health...

Measurement and accountability for maternal, newborn and child health: preparing for 2030

During the two day meeting colleagues from around the world aim to examine the measurement practises that support the reproductive, maternal,...

Are women getting quality care? And how can we know? Measuring the coverage of high quality care

We have traditionally depended on household survey estimates of the coverage of contacts with health facilities to understand access, for example...