A new appreciation for data: Impressions from the MNCH partnership in Gombe State

For the IDEAS team working in Gombe, the past few months have again been a busy period. The last annual household survey was scheduled for August, along with the final Data Driven Learning Workshop, bringing together all partners once more to review their data and track progress. At the same time, the implementing partners in the State were finalising the handover of responsibility to the Gombe State Primary Health Care Development Agency (the Agency) for the implementation of the Village Health Worker Scheme and other initiatives to improve service delivery, wrapping up work that had been ongoing for almost a decade. I asked Dr Jennifer Anyanti, from the Society for Family Health (SFH), to describe how the MNCH partnership developed over the past decade. “Over the past 10 years we have been able to take an innovative look at how things could change in maternal, neonatal and child health in Gombe State. […] We have been able to test different models and see which ones are working and refine as we go along. This has been very important, because otherwise, without refining and looking at the data, you might end up using a model that isn’t very effective. Now we have a model that’s sustainable, effective and can be scaled up across Northern Nigeria.”

To mark the end of the NGO-led implementation of MNCH interventions the Agency, together with SFH and other partners*, organised both state-level and national-level dissemination events.

The atmosphere during these two events felt celebratory and wholly positive. Partner organisations, who had worked under the leadership of the Agency for many years, congratulated each other on a successful partnership and improved maternal, newborn and child health indicators. IDEAS was asked to present on the results achieved, based on the data we had collected from household surveys, facility surveys and qualitative interviews.

The findings showed, that a number of indicators had improved, the number of women attending at least four ANC visits, for example, had increased from four in 10 women, to six in ten between 2012 and 2018; equally the amount of women deciding to deliver at health facilities had doubled. The improvements in access to postnatal care however, and the indicators for newborn care did not see the same kind of improvement. The IDEAS’ presentation highlighted the need for sustained efforts to reach the poorest, to focus on the provision of newborn care, but also to keep up efforts to support families to adopt healthy behaviours, for example through the work of Village Health Workers. In terms of service delivery, major changes had been achieved in the provision of life-saving drugs and commodities, but there was still a need to ensure trained staff were available at all facilities.

One of the key objectives of the MNCH partnership was to harmonise efforts within the State. Galadmime Abare from SFH highlighted how the partnership led to a number of organisations working as one: “ […] all the maternal and newborn health components of the projects were brought in together and the Agency took the lead.” He described a real change that took place saying: “[…] now we have ownership, there is a good enabling environment, there is also flow of information from the community down to the state, but most importantly, SFH and other grantees transferred the skills of the intervention, in terms of the Village Health Workers, in terms of the data, especially in facilities […].”

The dissemination events also felt like a reunion, with colleagues who had been part of the entire journey meeting with many former staff who had left at some stage, but returned for the final get-together. The new Health Commissioner for Gombe and former Executive Secretary of the Agency, Dr Ahmed Gana, who led the partnership until early 2019 and had played a key role in its success, attended the national dissemination event. Many felt that without his leadership and engagement the partnership would not have been possible. The opportunity to hear him reflect on the partnership and his advice for carrying it forward and replicating it was especially well received by the audience. “On the government side there was commitment, [..] the vision was there, the leadership was there that facilitated the entire work. […] for others trying to replicate this [partnership] the government needs to take the lead role [..] that needs to take place right down to community level.”

For IDEAS, the work in Gombe State has not yet come to an end, a wealth of data are waiting to be analysed and findings shared. Yet attending the dissemination events and hosting the last Data Driven Learning Workshop gave us an opportunity to reflect on the work of the past few years. One of the key takeaways was to witness the changing attitude to data. We have seen a new appreciation for the importance of data for programming and decision-making, within and across organizations. Because of the strong leadership exercised by the Agency, we also witnessed how implementing partners really came together to work towards their common goal of better health for the women and babies in Gombe State. The partnership was strong because we had time to learn from each other and appreciate each other’s work. Today, we can look back and see how we have grown into our role as an independent, non-implementing partner generating evidence for the partnership and we are proud to see the trust and value our partners place on data. 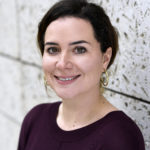 One way to measure whether the partner projects that IDEAS works with are making a difference is by continuously checking in with the people and...

‘A seamless transition’: how to sustain a community health worker scheme

This paper, published in Health Policy and Planning, presents a qualitative study focussing on the Village Health Worker (VHW) Scheme’s...